High priority on safety and high reliability Expressway Network and
We will deliver a service that satisfies our customers 24 hours a day, 365 days a year. 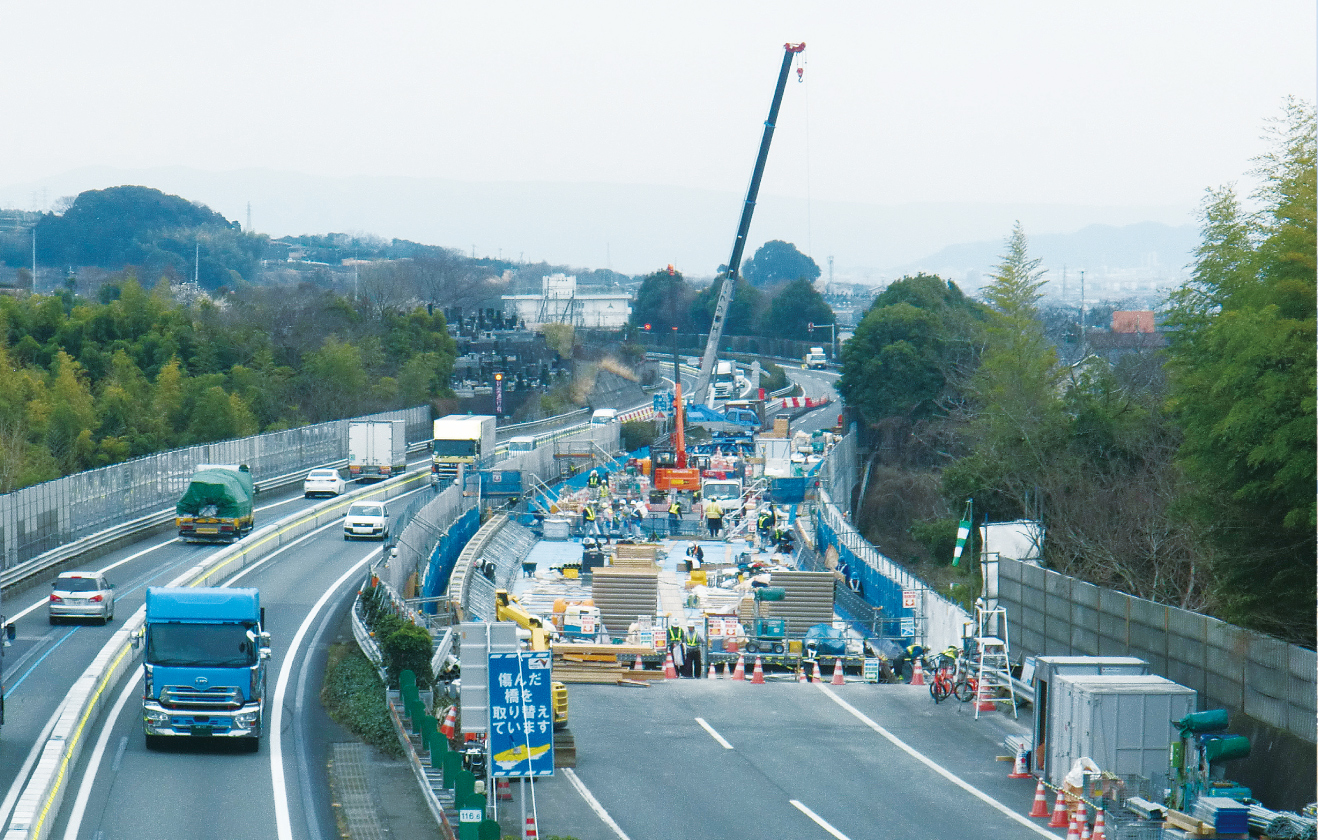 Starting with the opening of the Meishin Expwy 1963, the Japanese Expressway network gradually Large and became an important infrastructure supporting Japan's society, economy and people's lives. During this time, the maintenance and management of the Expressway while introducing the latest technology, such as daily inspection of structures, repair of damage, improvement of running environment such as construction of high-performance pavement, preparation for large-scale earthquakes by seismic reinforcement of bridges, etc. I've been working on
In order to maintain the Expressway network in a healthy state and pass it on to the next generation, we will conduct periodic inspections and perform early maintenance and repair. In addition, we will steadily implement large-scale replacement of structures and seismic reinforcement work to enhance the safety and reliability of Expressway.

Of the 2,077 km of Expressway our service area, approximately 60% of the sections exceed 30 years after opening, and are markedly deformed due to aging, increased traffic on large vehicles, the effect of deicing agents, and abnormal weather in recent years. Has become apparent.
Expressway Renewal Project aims to minimize the life cycle costs (expenses required for maintenance, from planning, design, and construction, to maintenance) of Expressway structures, preventive maintenance (maintenance methods to be performed before failures or malfunctions occur), and improve performance. This is done to keep the functioning of the Expressway network healthy over the long term by taking necessary and effective measures from a viewpoint. 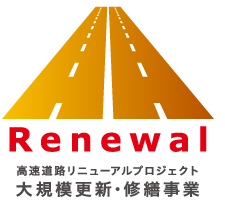 * This is the current plan and may be changed in the future with discussions with relevant parties. 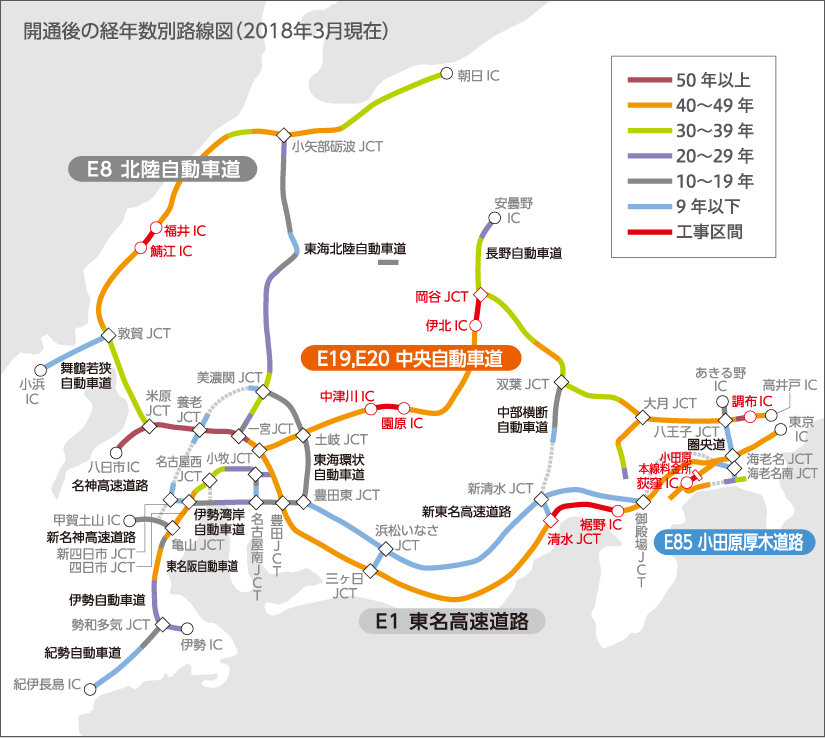 Public relations to customers and residents along the line

We are making advance public relations using various media, websites, posters, etc. for customers and residents along the line, so that we can understand and cooperate with long-term traffic regulations.
Blue tooth ® We are working to reduce customer inconvenience as much as possible, such as providing detailed information, including the time required to use.

Efforts to advance the project effectively 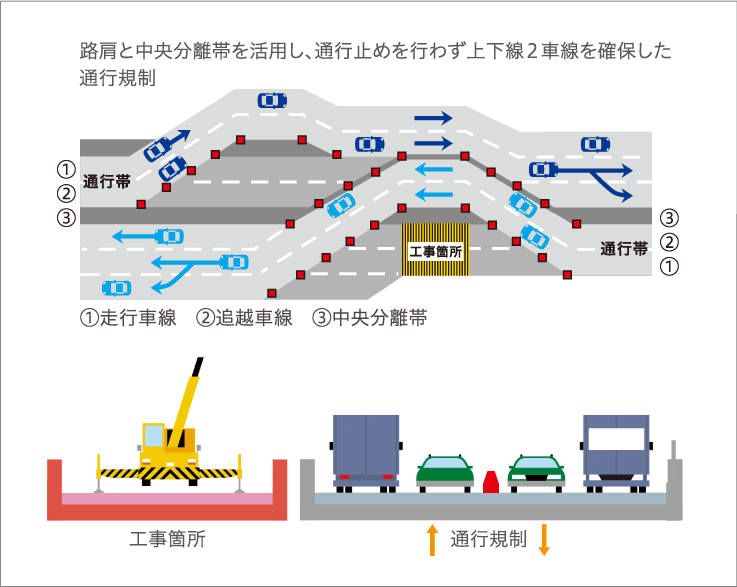 Based on the damage situation of the bridge in the Kumamoto earthquake Expressway We will further promote the seismic reinforcement of bridges so that you can use.

Inspection is the basis for early detection of changes in road structures, taking appropriate measures, and maintaining good conditions over the long term. In addition to daily inspections, detailed inspections of structures such as bridges and tunnels are conducted by close visual inspection once every five years in accordance with laws and regulations. For structures that have been confirmed to have been damaged by inspection, repair plans will be established at an early stage.
Click here for detailed inspection results

In order to accurately grasp the state of structures that are difficult to inspect, such as bridges in confined spaces, we will actively adopt new technologies such as inspection using bridge inspection vehicles and rope access.
( See Technical Development ) 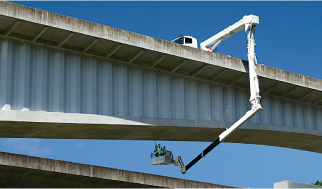 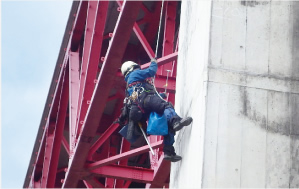 We are strengthening control of vehicles that violate weight, which has a major impact on the deterioration of road structures and can lead to serious traffic accidents. A special enforcement team is located at the entrance of the IC, etc. Expressway In addition to action orders requiring exit from Japan, more severe action orders have been implemented, such as reducing the load on serious violators (reducing 292 shipments in FY2017). Criminal prosecution is also carried out for malicious violators.
In addition, as a new initiative, we are strengthening the application of large-volume and frequent discount suspension measures to violators, and are working on the regular control of vehicles that violate weight by developing automatic measuring devices. 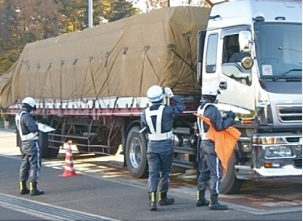 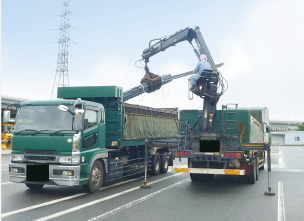 “ETC2.0” Expressway In addition to paying tolls, we provide useful services for drivers, such as avoiding traffic congestion and supporting safe driving.
With the aim of upgrading road management and traffic jam information using ETC 2.0 services, we will work with related organizations on the development of safe driving support technology and charges for reducing congestion. In order to further increase usage, we will work to support the spread of ETC2.0 on-board devices.
In order to realize a favorable driving environment as a new fee policy, Expressway We will leave the station temporarily and try to refuel at a designated gas station or take a break at the nearest roadside station. 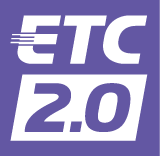 “Central Nippon Expressway Pass (CEP)” and “Japan Expressway Pass” for two-wheeled vehicles for foreign visitors to Japan, which are expected to increase further due to drive plans linked with local public organizations and tourist facilities, Tokyo Olympics and Paralympics Increase the convenience of round-trip discount products such as the “Touring Plan” Expressway We aim to promote the use of We will also consider rate adjustments and discounts for traffic congestion.

Tomei Expwy Near the Yamato tunnel, ChuoExpwy near the Kobutsu tunnel, Tokai-Hokuriku Expwy Hida-Kiyomi IC ~Oyabe Tonami JCT Is progressing.
In FY2017, provisional three-lane operation was performed for approximately 8 km between Higashi-Meihan Expwy Suzuka IC and Yokkaichi IC (In-bound line), and gaze guidance using LED lights near Suzuka IC We started operation of traffic congestion measures (drive assist light). Ken-O Road Hachioji JCT has started operation of the main lane with two lanes.
As a result of the above, the traffic congestion in the countermeasures section decreased (1.6 thousand km / hour), and had a certain effect.However, the traffic volume of the entire roads under our jurisdiction has been increasing compared to FY2016, especially during Golden Week and Bon Festival. Congestion increased due to the concentration of traffic during the traffic congestion period.
In addition, as countermeasures against congestion of parking spaces at rest facilities, we are promoting the effective use of parking spaces and providing congestion information.
In addition, since FY2017, "Expressway Drive Advisor," who has become familiar with local traffic characteristics, has been providing more detailed information, such as introducing points to avoid traffic jams during traffic congestion periods. 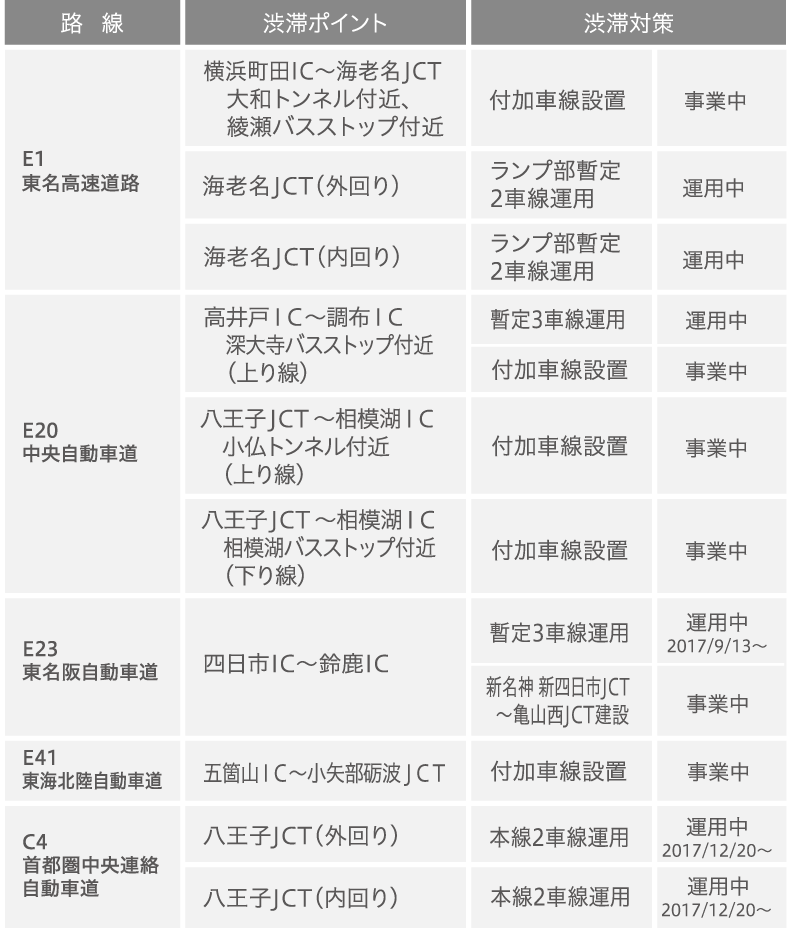 In order to prevent traffic accidents, we will develop hardware measures to improve the driving environment, such as improving high-performance pavements and guardrails, and building high-intensity lane marks, and software measures to raise customer safety awareness.

To prevent frontal collision accidents in the provisional two-lane section, in fiscal 2017, wire ropes were installed on some sections of the Tokai-Kanjo Expwy, Kisei Expressway, and Maizuru-Wakasa Expressway in place of conventional rubber poles.
Although there were 17 accidents involving contact with the wire rope, no head-on collisions occurred. In FY2018, we will further expand the installation sections. 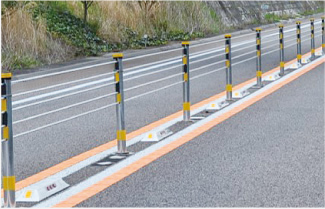 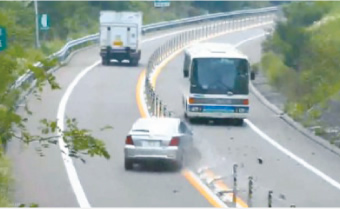 Changes in the number of fatal accidents 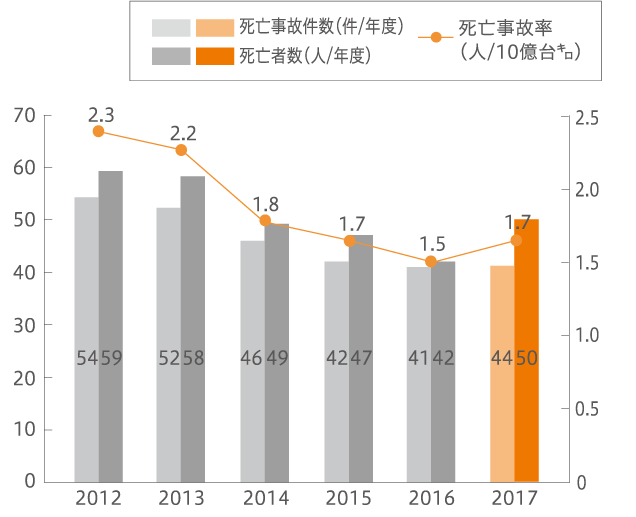 Expressway The reverse run of is extremely dangerous, as the ratio of fatalities and injuries is 4 times that of other accidents and 40 times that of fatal accidents.
Within our jurisdiction, about 30 reverse run cases occur annually. Expressway With the aim of "zero reverse running accidents in Japan", we will take multi-layered measures in terms of hardware and software.

All to prevent reverse running Expressway Road markings, rubber poles, and arrow signs were installed at the junction. In fiscal 2018, as a result of public recruitment of reverse-running countermeasure technology, we will further develop reverse-running countermeasures on the site, including technologies that are recognized as being effective by the Expert Committee.

In addition to calling at rest facilities, etc. under the keyword “Lostly Reverse”, we are conducting traffic safety awareness activities using mass media such as TV commercials and newspaper advertisements. 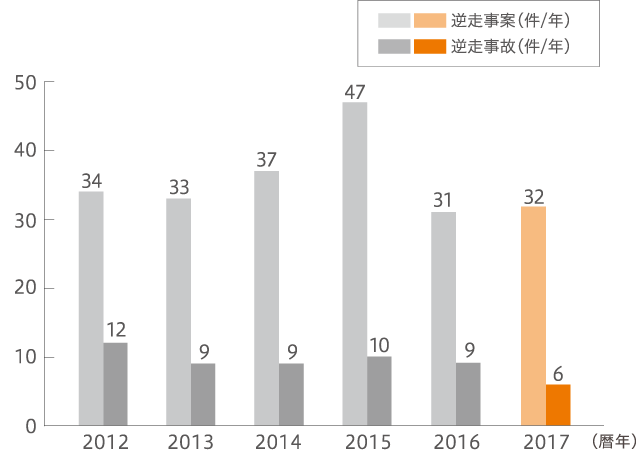 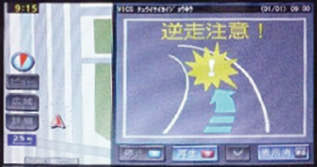 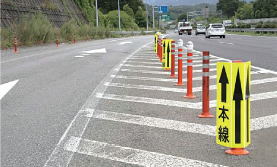 Measures for entering pedestrians and bicycles

Due to wrong roads or mistakes Expressway There are many entrances to the area, and we are promoting measures to prevent physical entry by using a signboard at the entrance of the IC, clearly indicating the direction of travel using road markings, and installing rubber poles. With this approach, Expressway Expected to prevent accidents and prevent accidents.

・ Closed time of the year due to rain, snow, accidents, construction, etc.

Strengthen ability to respond to large-scale disasters such as earthquakes 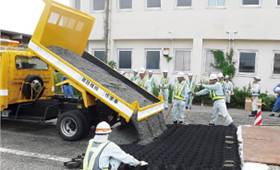 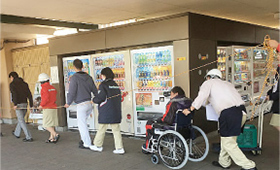 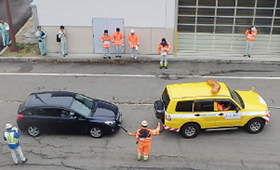 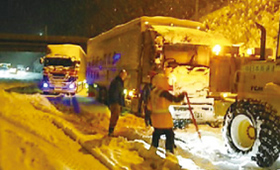 Strengthen traffic security during heavy weather and other stormy weather

In order to avoid traffic closure due to heavy snow as much as possible, we are strengthening the snow removal system, increasing the number of surveillance cameras for early detection of stuck vehicles, and deploying rescue vehicles.
Also, advance public relations when heavy snow is expected and strengthen cooperation with related organizations, Expressway We are working to secure network functions. In light of the heavy snow events in the Hokuriku region in the winter of fiscal 2017, we will promote efforts to control large-scale vehicle retention and minimize traffic closure times.

Capture dramatic changes in the environment, such as the development of IoT (Internet of Things), big data, artificial intelligence (AI), etc. in response to the decline in the population, an increase in aging social infrastructure, and the shortage of employees due to the increase in business volume. We will fundamentally review the current business methods and consider a new business environment through a future-oriented paradigm shift.